You are here: / Vintage Modules / Other Amps
Back to overview

Previous product Product 17 of 91 Next product 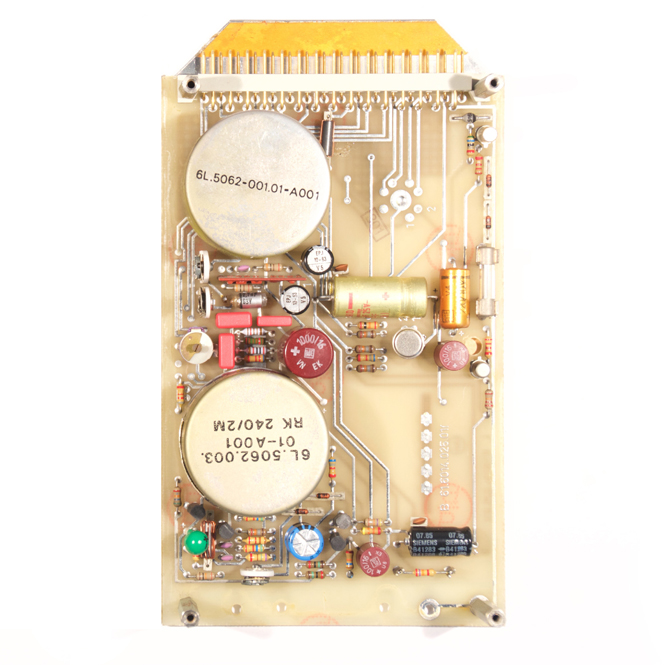 History:
The V672D is the 2-channel version of the V672a multi purpose amp. It was designed by Telefunken in the 1960s and built by Telefunken und later  ANT in many versions. When Telefunken stopped building broadcast equipment, ANT continued their work to provide service for the Telefunken gear installed in many studios in this time. ANT equipment was in no way inferior to Telefunken stuff. The same guys who worked for Telefunken later worked for ANT. There´s just another brand on the label.

Design:
The ANT V672D is a dual channel discrete and transformer balanced amp with 43dB of gain for each channel. When modded as a mic preamp, we can give it up to 60dB of gain with linear frequency response. Besides using it as a mic preamp, you can make the ANT V672D work as a level-, sum-, distribution-, or seperating amp. Their electrical data is variable by means of appropriate external wiring at the connection strip. A V672D is the same as 2x ANT V672a/1 amps. To save space in the racks, the two cards are stuck together inversly one on top of the other.

Sound:
Open and transparent. Precise detection and a little coloration in the mids. Good preamp for drums, bass, electric guitar and rock vocals.

Features:
▪ floating transformer balanced I/O´s
▪ 2 individual channels. The ANT V672D is in fact 2x the ANT V672a/1.
▪ 43dB of gain without modification or 60dB of gain when used as mic preamp.
▪ good THD values and low noisefloor
▪ Needs 32-pin-connector and 24DC psu (plus 48V DC for phantompower when used as a mic preamp)